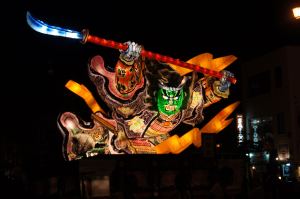 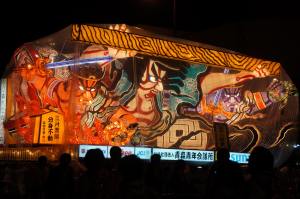 Robert Lilly estimates some 17,000 rapes occurred in the European theater during WWII; however, the Judge Advocate General reports a total of 854 cases.6 Lilly’s explanations for the discrepancy include: the length of time it took for the European branch of the JAG to open—7 months–with the office being immediately and permanently overwhelmed, the large number of rapes handled by lesser courts with little documentation, many complaints going unprocessed in order to prevent embarrassing the soldiers or tainting the careers of officers, Army prejudice regarding the rape victim, and a military culture that placed little symbolic value in disciplining soldiers for rape. During a period of high incidence of rape, there might simply be too many cases to process.

Postwar, the laws governing rape by the military during WWII remained in effect. Factors specific to occupation may have made rape more common. Soldiers, fresh from battle may have lusted for revenge, and in the absence of military action, rape was one easy outlet. “Lust, liquor and loot are the soldiers’ pay” according to a “red-faced major” quoted by John Dos Passos in an article written for Life magazine, January 7, 1946 about the GIs occupying postwar Germany. Some soldiers may have blurred the distinction between prostitution and rape. The Christian Century for December 5, 1945 quoted the American provost marshal, Lieutenant Colonel Gerald F. Bean, as saying “that rape presents no problem for the military police because a bit of food, a bar of chocolate, or a bar of soap seem to make the rape unnecessary.”

Immediately after the Japanese surrendered in 1945, the Japanese Ministry of the Interior made plans to protect Japanese women in its middle and upper classes from American troops. Fear of an American army out of control led them to quickly establish the first “comfort women” stations for use by US troops.7 By the end of 1945, the Japanese Ministry of Home Affairs had organized the Recreation Amusement Association (R.A.A.), a chain of houses of prostitution with 20,000 women who serviced occupation forces throughout Japan.8(Many more women known as panpan turned to prostitution in the struggle to survive in the midst of the postwar devastation.) Burritt Sabin of the Japan Times reported in 2002 that just days before the R.A.A. was to open, hundreds of American soldiers broke into two of their facilities and raped all the women.9 The situation prompted MacArthur and Eichelberger, the two top military men of the U.S. occupation forces, to make “rape by Marines” their very first topic of discussion.10 Yuki Tanaka notes that 1300 rapes were reported in Kanagawa prefecture alone between August 30 and September 10, 1945, indicative of the pervasiveness of the phenomenon in the early occupation.11

. . . US troops comported themselves like conquerors, especially in the early weeks and months of occupation. Misbehavior ranged from black-marketeering, petty theft, reckless driving and disorderly conduct to vandalism, assault arson, murder and rape. . . . In Yokohama, Chiba and elsewhere, soldiers and sailors broke the law with impunity, and incidents of robbery, rape and occasionally murder were widely reported in the press. 12

Two weeks into the occupation, the Japanese press began to report on rapes and looting.13 MacArthur responded by promptly censoring all media. Monica Braw, whose research revealed that even mention of the atomic bombing of Hiroshima and Nagasaki, and particularly the effects of the bomb on civilians, were censored, maintains that pervasive censorship continued throughout the occupation years. “It [censorship] covered all means of communications and set up rules that were so general as to cover everything. It did not specify subjects prohibited, did not state punishment for violations, although it was clear that there were such punishments, and prohibited all discussion even about the existence of the censorship itself.”14

Censorship was not limited to the Japanese press. MacArthur threw prominent American journalists such as Gordon Walker, editor of the Christian Science Monitor, and Frank Hawley of the New York Times out of Japan for disobeying his orders. Even internal military reports were censored.15

Five months after the occupation began, one in four American soldiers had contracted VD.16 The supply of penicillin back in the U.S. was low.17 When MacArthur responded by making both prostitution and fraternization illegal,18 the number of reported rapes soared, showing that prostitution and the easy availability of women had suppressed incidents of rape. John Dower, in his Embracing Defeat: Japan in the Wake of World War II, cites author Yoshimi Kaneko’s claim that while the U.S./Japanese-sponsored brothels were open “the number of rapes and assaults on Japanese women were around 40 a day,” but after they were closed, the number rose to 330 a day.19 Yuki Tanaka records two major incidents of mass rape around the same time.20 On April 4, fifty GIs broke into a hospital in Omori and raped 77 women, one a woman who had just given birth, killing the two-day-old baby by tossing it onto the floor. On April 11, forty U.S. soldiers cut off the phone lines of one of Nagoya’s city blocks and entered a number of houses simultaneously, “raping many girls and woman between the ages of 10 and 55 years.”

If these incidents are in any sense indicative, how are we to understand the fact that reports in U.S. archives about rape in postwar Japan are sparse: General Eichelberger issued three documents during the first year of the Japanese occupation admonishing the troops about their behavior, citing looting, rape and robbery.21 General Eisenhower ordered a report about troop behavior on Japan and the Philippines in 1946. (The National Archives has the report’s cover sheet, but not the report.)22 Albert Hussey, one of the framers of the Japanese constitution, mentions the rise of “institutional rape.” Under the cover of screening for venereal diseases, young women getting home from work were arrested in the subway or in the streets, pressed to have relations and/or examined by Japanese doctors in the presence of soldiers.23 Rape continued during the occupation as indicated by the plea reported in the NY Times April 21, 1952, from a prominent woman leader, Ms. T. Uyemura, to Mrs. Ridgway, wife of MacArthur’s replacement, General Ridgway, asking her husband to isolate the immoral US troops.24

Recorded courts-martial for rape during the occupation are few. The Judge Advocate General’s Board of Review for the year 1946, when the R.A.A. closed, shows only 6 courts-martial.25  The Return of General Prisoners from the 8th Army stockade in Tokyo, where all GI prisoners were incarcerated prior to being returned to the U.S., lists 6 soldiers sentenced for rape during spring 1946.26 The Index to the Board of Review Opinions of the Branch Office of the JAG (1942-1949) shows only two courts-martial listed during the same period.27

French researcher Bertrand Roehner has made available the texts of hundreds of directives from the Supreme Commander of the Allied Powers to the Japanese government (called SCAPs, SCAPINS or SCAPINs) that reveal much more sexual violence occurred than has ever been acknowledged, a small window onto what went on behind MacArthur’s wall of censorship.28

For example, the SCAPIN of August 31, 1949 is illustrative of another tactic MacArthur used to suppress reports of rape and other crimes by occupying forces. It shows that five Japanese were sentenced to hard labor “for spreading rumors derogatory to occupation forces” when American soldiers were accused of raping Japanese women.29 Another instance of this policy is noted by Takamae Eiji:

When US paratroopers landed in Sapporo, an orgy of looting, sexual violence and drunken brawling ensued. Gang rapes and other sexual atrocities were not infrequent. Victims of such attacks, shunned as outcasts, sometimes turned in desperation to prostitution; others took their life rather than bring shame to their families. Military courts arrested relatively few soldiers for these offenses and convicted even fewer, and restitution for the victims were rare. Japanese attempts at self-defense were punished severely. In the sole instance of self-help that General Eichelberger records in his memoirs, when local residents formed a vigilante group and retaliated against off-duty GIs, Eighth Army ordered armoured vehicles in battle array into the streets and arrested the ringleaders, who received lengthy prison terms.30 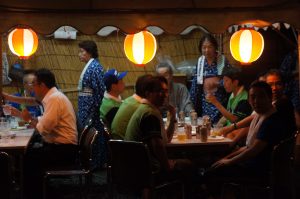 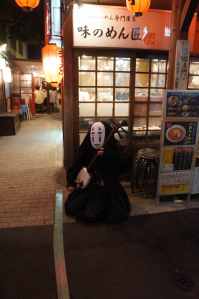 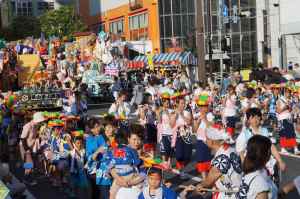